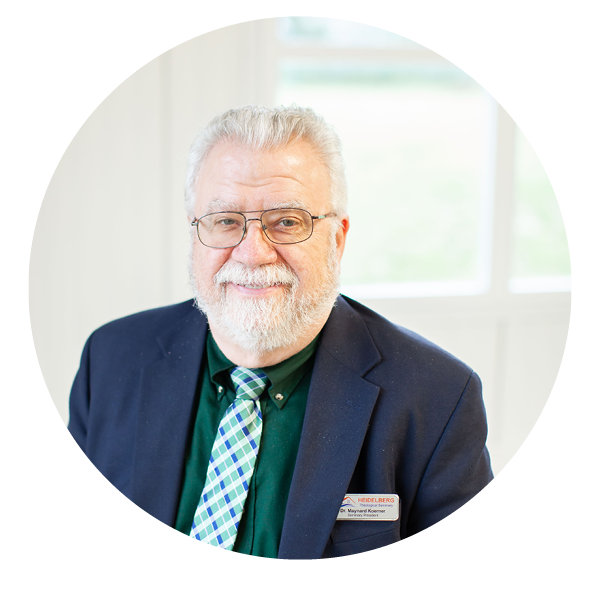 Maynard Alan Koerner, son of the late Aaron and Emma (Schnabel) Koerner was born on November 6, 1949 at Freeman, South Dakota.
He attended public grade school in a one room country school near Freeman, South Dakota. Graduated from Freeman High School and from Dordt College with a Bachelor of Arts Degree and from Reformed Theological Seminary, Jackson, Mississippi. He served in pastorates at Ebenezer RCUS of Shafter, CA and Hope RCUS of Sutton, NE; Organizing Pastor of new mission works in Covenant RCUS of Watertown, SD and High Plains Reformed Chapel, RCUS of Calhan, CO; Associate pastor of Trinity Covenant RCUS in church plant work in Pueblo
and Calhan, CO; and as pastor of St. John’s Reformed Church of Lincoln, NE.  He currently is serving as Associate Pastor of Trinity RCUS, Sioux Falls, SD.

He has served as President of the South Central Classis and the Northern Plains Classis of the RCUS. He has been a delegate from the RCUS to NAPARC from 1997 until 2018 where he served as Treasurer. In addition he has been a member of the board of Trustees of the Sutton Christian School in Sutton, Nebraska; Dordt College, Sioux Center, Iowa; and New Geneva Seminary, Colorado Springs, Colorado.

On June 1, 2018 Dr. Koerner was inaugurated as the first President of Heidelberg Theological Seminary Sioux Falls, SD. He also serves
as Professor of Ministerial Studies at Heidelberg Theological Seminary. He is the Director of the Doctor of Ministry Degree Program
and of the Philippines Program. As Professor he has traveled to the Philippines in the summer of 2017 and again in 2019 to teach seminary courses there.